Fresh off an “extraordinary” funding year of a record over $25 billion in 2021 concurrent with a battering on Wall Street in recent months, Israeli companies raised close to $5.6 billion in the first three months (Q1) of 2022, according to a new report by the IVC Research Center and LeumiTech, Leumi Group’s banking arm for high-tech companies.

Not surprisingly, given the performance of Israeli tech shares on Wall Street in recent months, IPOs (initial public offerings) shrank significantly this past quarter to just seven. These were part of 39 tech exits (defined as merger and acquisition deals or IPOs of shares) totaling $8.96 billion and largely comprising Intel’s intended acquisition of Israel’s Tower Semiconductor by Intel for $5.4 billion. Intel is also set to buy Israeli computing tech startup Granulate for about $650 million, in a deal announced last month.

“After a phenomenal year for the Israeli high-tech [industry] it seems as though 2022 started [with] more restraint. Furthermore, it seems that investors have slowed [their] pace and are waiting for a correction in valuation in the private sector,” explained Timor Arbel-Sadras, CEO of LeumiTech.

The industry, she added, is seeing “a decrease in the number of IPOs and we expect to see again the dominance of M&As in exit deals. M&A deals will include both mature startups as an alternative to IPO [avenues] and also [the] acquisition of early-stage startups” by more established companies.

Notable investment transactions in Q1 2022 included funding rounds for digital assets platform Fireblocks, with a $550 million investment in January, construction tech company Veev, with an investment of $400 million also in January, and cybersecurity company Axionus with a round of $200 million in March.

As in previous quarters, companies in the cybersecurity sector generated the most funding (about $1.8 billion) in Q1 2022, followed by fintech startups with $985 million, IoT (internet of things) companies with $464 million) and foodtech outfits with $341 million in investments, including $135 million for plant-based meat startup Redefine Meat. 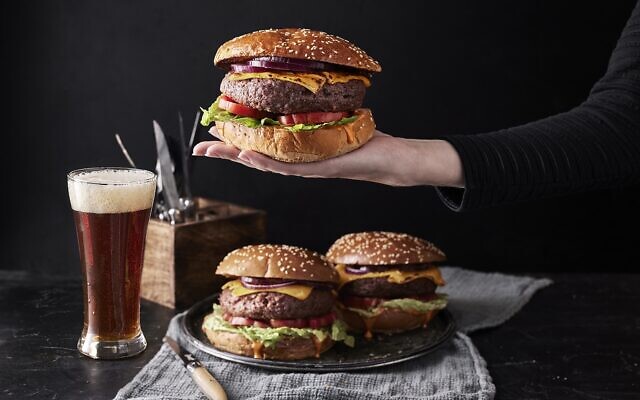 Funding by foreign investors was down in Q1 2022 compared to previous quarters ($3.9 billion vs $6.3 billion in Q4 2021, for example) but comprised a majority of investments, with Israeli investors financing $1.4 billion of the total this past quarter, according to the report.

Israel is now a far more prominent player on the world stage than its size suggests. As The Times of Israel’s Diplomatic Correspondent, I’m well aware that Israel’s security, strategy and national interests are always scrutinized and have serious implications.

It takes balance, determination, and knowledge to accurately convey Israel’s story, and I come to work every day aiming to do so fully.

Financial support from readers like you allows me to travel to witness both war (I just returned from reporting in Ukraine) and the signing of historic agreements. And it enables The Times of Israel to remain the place readers across the globe turn to for accurate news about Israel’s relationship with the world.

If it’s important to you that independent, fact-based coverage of Israel’s role in the world exists and thrives, I urge you to support our work. Will you join The Times of Israel Community today?

Already a member? Sign in to stop seeing this

We’re really pleased that you’ve read X Times of Israel articles in the past month.

That’s why we started the Times of Israel ten years ago – to provide discerning readers like you with must-read coverage of Israel and the Jewish world.

So now we have a request. Unlike other news outlets, we haven’t put up a paywall. But as the journalism we do is costly, we invite readers for whom The Times of Israel has become important to help support our work by joining The Times of Israel Community.

For as little as $6 a month you can help support our quality journalism while enjoying The Times of Israel AD-FREE, as well as accessing exclusive content available only to Times of Israel Community members.

Thank you,
David Horovitz, Founding Editor of The Times of Israel

Already a member? Sign in to stop seeing this